I've been working with Kubernetes a lot lately, I am using Kubernetes at Filament as a way to manage sandbox blockchain environments, so naturally I wanted to try and replicate this environment using Raspberry Pis. This is actually easier said than done, even though the 3B/3B+ has 1GB of RAM, once you start bringing in persistent storage layers it becomes apparent that it just isn't enough memory to run anything but the simplest of kubernetes containers. 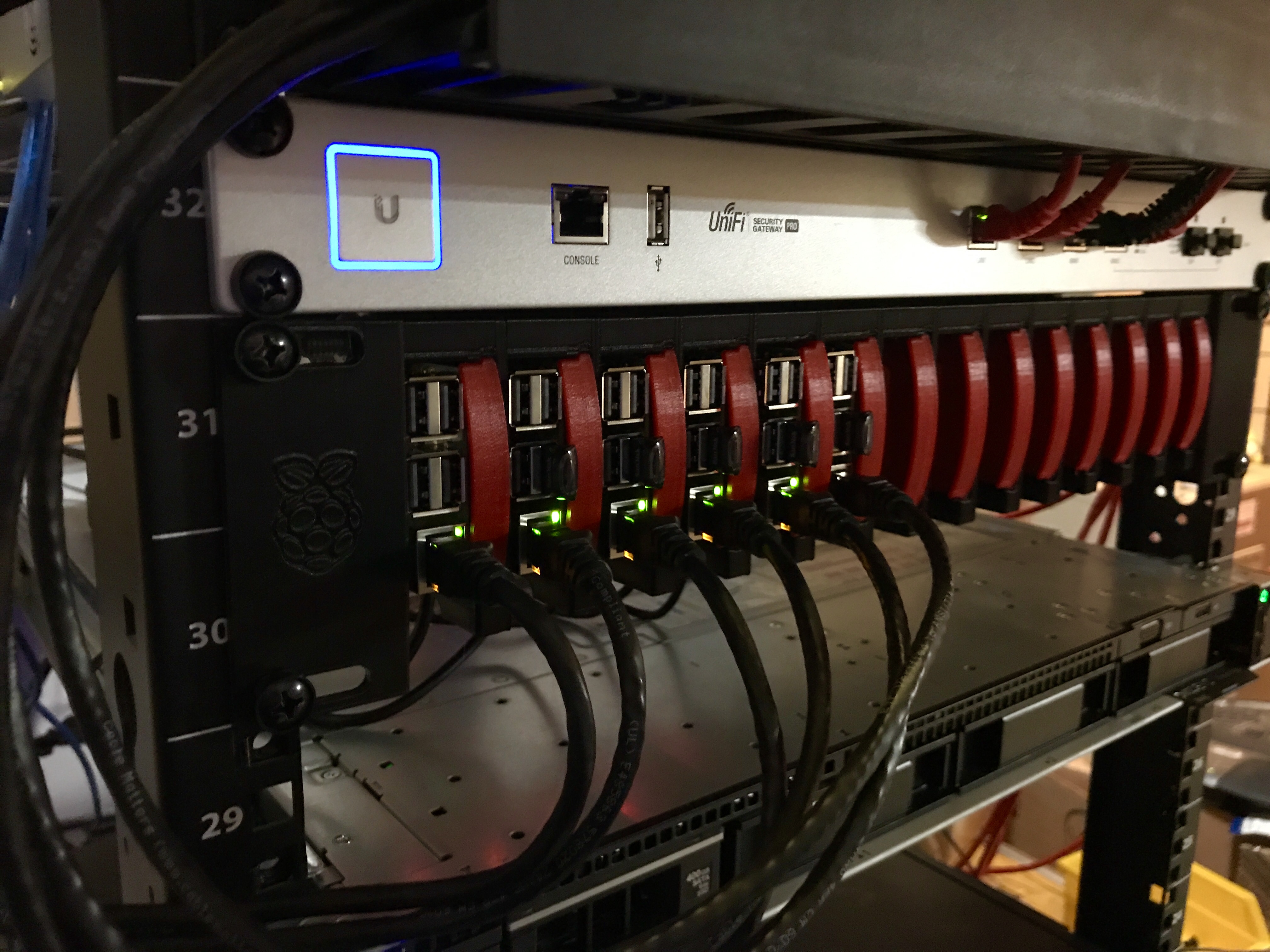 Throughout the testing and validation of Kubernetes on my 6 node 3B cluster I was constantly re-imaging the SD cards. I tested Raspbian and Ubuntu 18 64bit, with various full resets along the way. The process of imaging 6 cards with only 1 SD reader is a bit monotonous, so I set out to find out what options there were for multiple card writing systems. I was very quickly overwhelmed by the $1500+ SD card duplication systems out there and I realized I would have to cobble something together myself.

A quick search on Amazon and I found a USB 3.0 dual SD/Micro SD card reader, I figured I could get 3 of these and plug them in to a hub to give me the 6 card slots I needed. I was then pleasantly surprised to find the manufacturer of the card readers also had a 4 port USB 3.0 hub that was the same size! Once I got all the hardware in hand I could see that the hub was almost exactly the same base dimensions as the 3 dual card readers stacked next to each other! 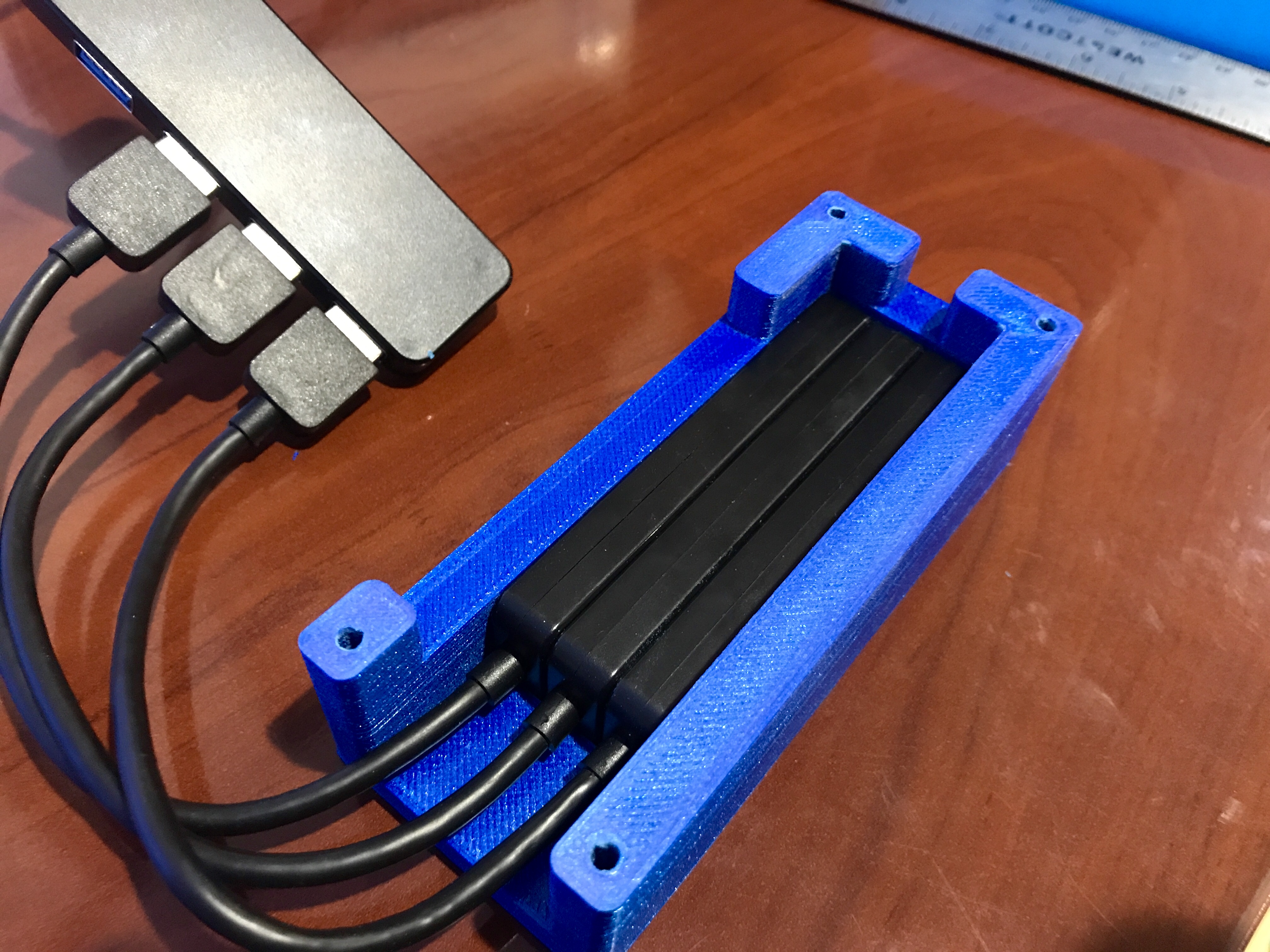 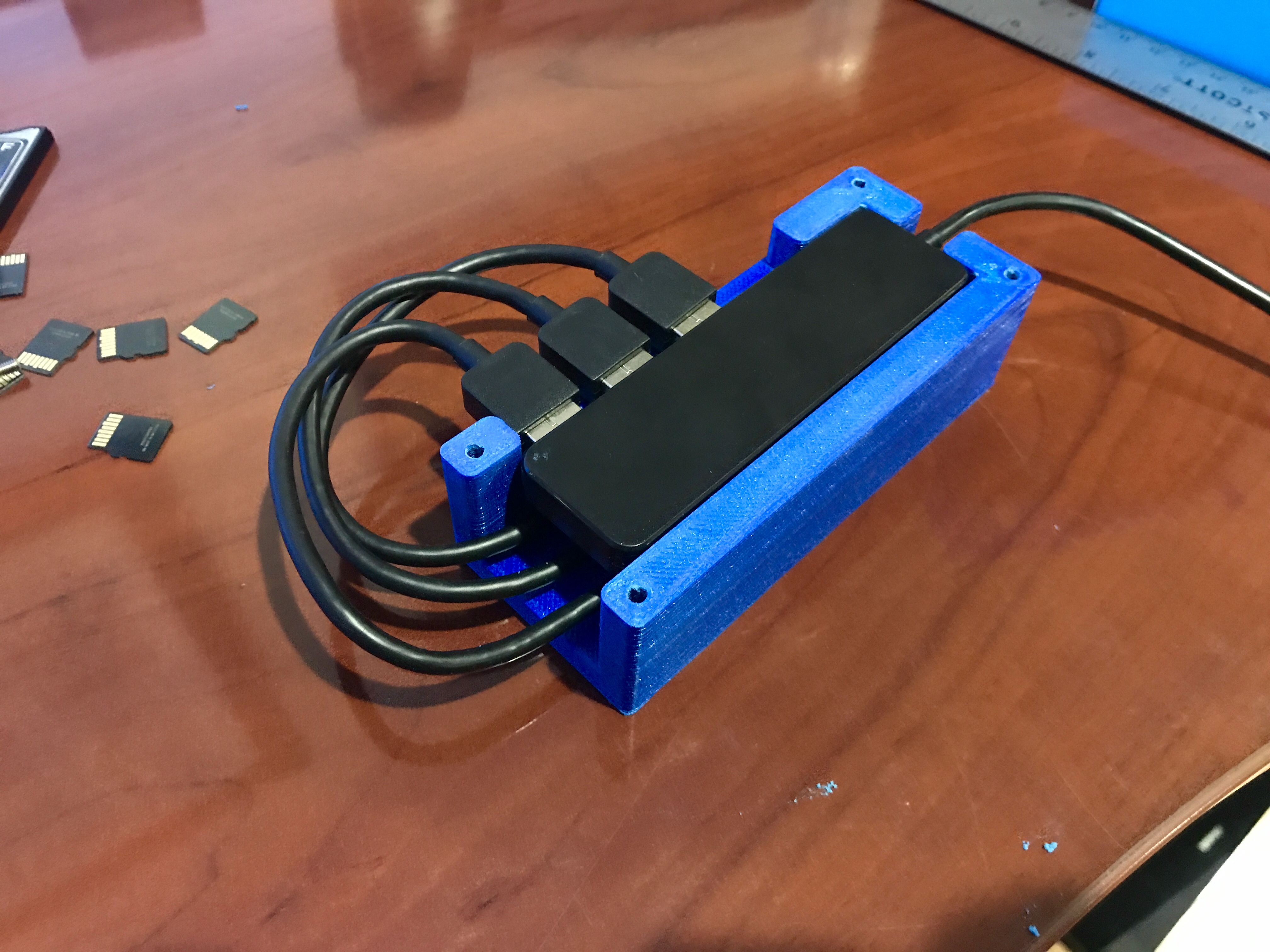 I designed a simple 3D printable enclosure in Fusion360 and then printed it using Proto-Pasta Metallic Blue HTPLA. It is held together using M3 hardware. 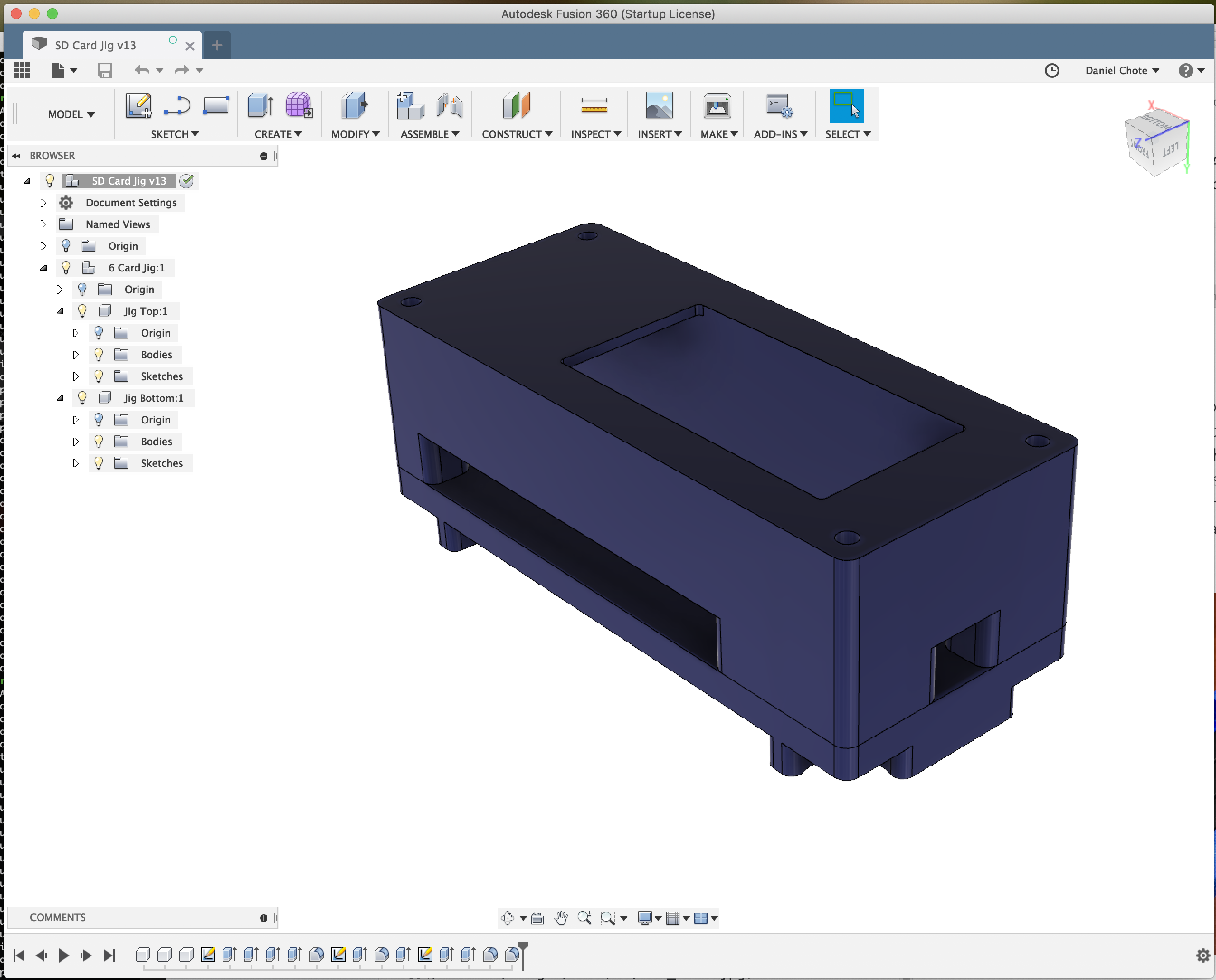 The finished enclosure keeps everything together, and doesn't look half bad! 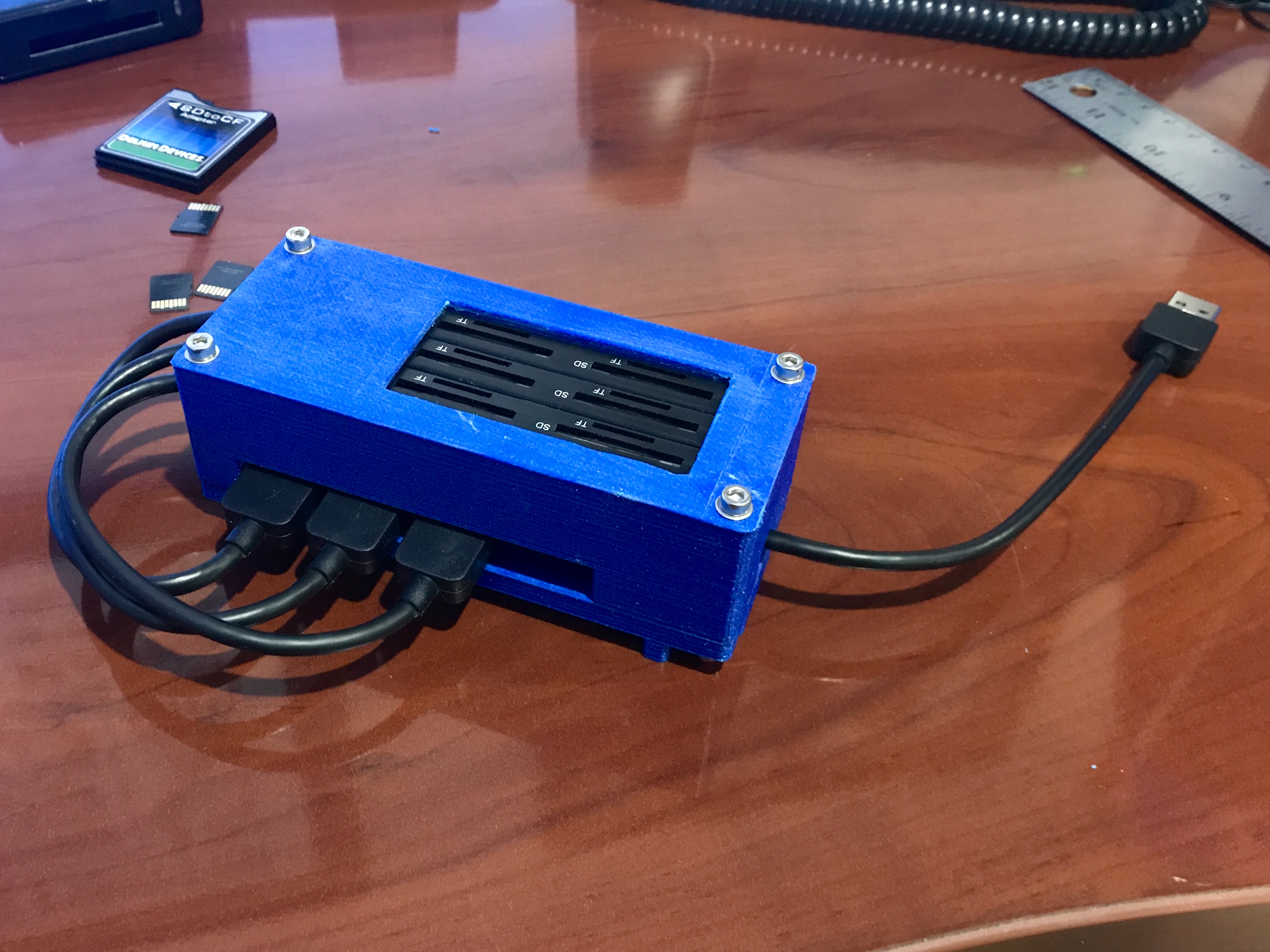 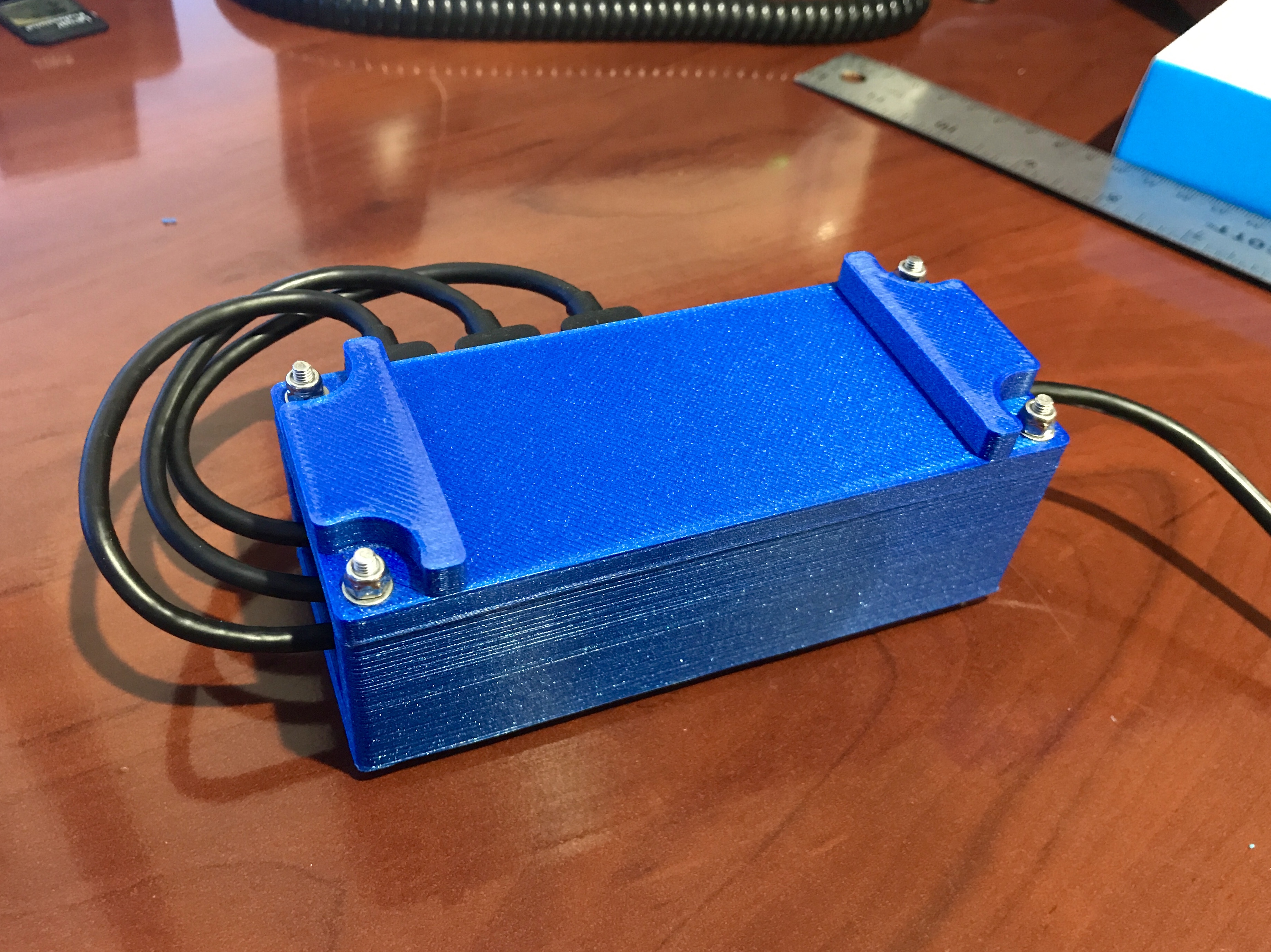 This setup gives you 6 usable SD/Micro SD card slots with 1 USB 3.0 cable, and a spare USB 3.0 port to daisy-chain more of these jigs if needed! Etcher can write to all of the SD cards at the same time, cutting the burn time significantly!

A big thanks to Balena (previously Resin.io) for releasing Etcher to the world, its a fantastic tool that scales well!

Go make one yourself!

All of the STLs and the BOM can be found on Thingiverse: https://www.thingiverse.com/thing:3217069